Since this announcement, the NSNU and our fellow health care unions have been working to achieve wage parity for LPNs, including launching a campaign that saw thousands of letters sent to the Premier, Minister of Health & Wellness, Minister of Labour, Health Authority CEOs, and others.

Today the government has announced it will produce the funds to provide equal pay for equal work for all public sector LPNs in the province.

See the full announcement below. Comments and questions can be sent to the NSNU at nsnu.office [at] nsnu.ca.

The decision stems from a 2014 grievance involving almost 400 LPNs in the former Capital District Health Authority who are represented by NSGEU. An arbitrator determined the scope of practise of those LPNs had widened and compensation should increase to reflect that. In June 2020, a second arbitrator provided those LPNs with a 12-per-cent increase retroactive to March 2014, the date of the original grievance.

Government will now extend the 12-per-cent increase to almost 2,600 more LPNs across the public sector effective June 11, 2020. Only those LPNs included in the original grievance process will receive the increase on a retroactive basis.

"This action ensures our commitment to wage parity of LPNs across the province and addresses issues raised by the Nova Scotia Nurses' Union and other healthcare labour groups," said Labour Relations Minister Mark Furey. "All LPNs do the same important work, and deserve the same rate of pay, wherever they are employed. This is the fair and appropriate step to take, and we wanted to move forward without delay."

The annual cost to government to extend the increase to the additional LPNs is $19 million.

To the LPN members of NSNU, NSGEU, CUPE and Unifor

On June 15, 2020, Arbitrator Lorraine Lafferty issued a Consent Award granting an increase of 12% to the pay rates for LPNs represented by the NSGEU at the former Capital District Health Authority. The increase is retroactive to March 17, 2014.

The Consent Award does not apply to:

The Review Process was part of a special provision in the NSGEU collective agreement with the former CDHA. When there were substantial changes to a position during the term of the collective agreement, the position was analyzed using the Aiken (Watson Wyatt) job evaluation system. The outcome of the Watson Wyatt analysis was the basis for achieving the higher pay rates for LPNs in this case.

Collective agreements for LPNs working for other employers or represented by other unions in 2014 did not include this type of job review process.

Regardless of the scope of the Consent Award, we recognize that all LPNs in Nova Scotia have seen an increase in their duties and responsibilities over time and hold an advanced role in patient care. We are committed to wage parity for all LPNs, whether they work in acute care, long-term care or community care.

We are prepared to fight to achieve wage parity for LPNs through any means possible, including filing grievances, mounting campaigns, and meeting with government and employers. Each of the unions will keep their members informed of what is planned.

We appreciate the support of our members while we work our way through this. 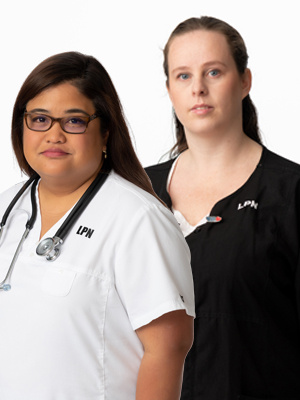 Show Your Support on Social Media

Show your support for LPNs online! Download this image and share it on your social networks. Be sure to tag the NSNU and use the hashtags #SameCareSamePay #nspoli

Use our frame for your Facebook profile photo: “NSNU Support Our LPNs”.

The NSNU has sent letters to employers and the government on this issue. You can read two of those letters below, and a response from an employer:

00:00 – 10:05: Janet Hazelton, president of the Nova Scotia Nurses Union, says the 12 per cent increase awarded to LPNs who work in HRM should be extended to nurses across the province. She joins the show to tell us more.

33:00 – 43:40: New compensation and back-pay for certain nurses in Nova Scotia were just announced this week. Janet Hazelton with the Nova Scotia Nurses Union joins us to tell us why the same pay should go to all nurses.